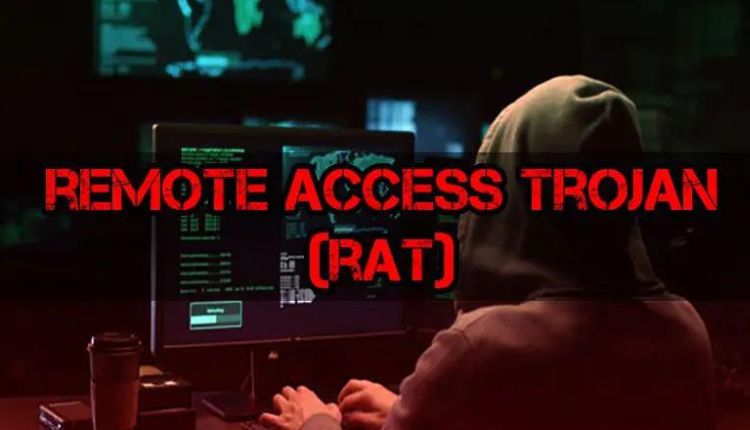 RAT or Remote Access Trojan is a malware app type that gets access to a victim’s system hiddenly.

According to the reports of antiviruses and security programs, remote access trojans have been one of the most used tools by hackers in the years 2019 to 2022.

Learning how this malware works and how systems are infected with this Trojan will help you to prevent your system from being infected. In this article, we are trying to explain how RAT works and how to deal with it.

RAT Remote Access Trojan will have access to all the information in your system. With this malware, the hacker seems to be sitting behind your system without you noticing his activity.

As you have heard in the story of the Trojan horse, when it enters your safe place and opens, the enemies attack you from the inside. RAT Remote Access Trojan also works with the same logic and method, when they are opened in your system, the malware starts working. The only difference is that you will not be aware of the malware activity.

Now the important question is why the antivirus cannot detect the Trojan RAT.

According to the reports of antiviruses such as Microsoft Defender, they are repelling many attacks from RATs. But still, many RATs pass the antivirus. Why? This is because hackers use a tool called FUD Crypter or Malware crypter in addition to RAT.

In short, the Malware crypter encrypts the RAT malware and makes it pass the antivirus.

Also, the antivirus can find it harder by checking Windows processes. Because Crypter changes the Remote Access Trojan malware process to the main Windows process.

Now you understand how dangerous Remote Access Trojans or RATs can be.

Why is the user not informed about the hacker’s activity? For example, a hacker can open My computer without you seeing that such a window has been opened in your system. RAT Trojan uses the feature of HVNC or Hidden Virtual Network Computing. This feature makes any hacker activity invisible to you. It means that a hacker can use RAT, for example, to open your browser and enter your bank account with your IP address. This is not the end of the story. All information and accounts that you enter or type are also available to him.

Now how do we know that our computer is infected with Remote access trojan RAT?

As explained, finding PC RAT is also hard for antiviruses. Therefore, to install it, you need to be a professional security user.

However, if you see any suspicious activity on your computer or accounts, it is recommended that you search the Internet for the type of file you suspect.

But here are some simple ways to prevent the dangers of the RAT Remote Access Trojan.

How to Fight Against Malware

Why is Payload Dangerous?